For a long time when I first started Being PALL – Plastic A Lot Less – in 2008 I felt like I was banging my head against a brick wall. I felt my efforts were futile.  I´m just one person, what difference do I make?  Everywhere I looked we´re drowning in plastic…

In 2008 the buzz of plastic pollution was not as it is today. There were not many of us on the planet activity refusing plastic, it was at times a lonely endeavour, and there were many times I wondered why I kept going… Many!

Refusing plastics means you don´t have much to show for it.

Then, in 2011 I was tallying it up in my head just how much I refused when I was out food shopping once.  In just that one food shop. A lot, bags of it… To give you an idea, this is me in a before shot:

I´d been Being PALL 3 years at that point, imagine what I´d refused in all that time?

Obviously, I had too much time on my hands, so I sat down and did a tally. It was rough so I underestimated it. Wow!  I saw, my efforts weren´t futile after all, far from it. The amount I´d refused WAY exceeded my expectations. Doing this exercise meant I started to feel empowered, refusing all that plastic felt good.  Also, I no longer had to bang my head against a wall, which in itself was a relief.

Michelle has refused over 10,000 plastic items! How many have you refused?

10,000 items. Seams like a lot doesn´t it. How´s that possible?  When you start looking around, if it´s not made of  plastic, it´s packaged in plastic, if not we put it in plastic.  I´ve given you an idea in the tally below. I´ve been refusing plastic ever since 2008. As one person I´ve easily double that figure.

Once you change simple habits and start refusing SUPs – single use plastics, it´s incredible how much you don´t use or need.

So keep motivated, yes you may just be one person, you may be one family but  – over time – it´s easy to refuse a mountain of plastic. If not a mountain, a hill at least, a big hill at that if you keep going!

Maybe put a quick list on the fridge so you can make a tally to see your efforts add up.

These are literally a few ways to avoid plastics.  Once you start you´ll find there´s many more. Try not to get overwhelmed and do it over night.  Or you can, I did, but I wouldn´t advise it!

I´ve listed a few examples from the post below the pictures with the link to Beth´s post.

All that plastic for a few apples? 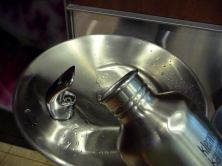 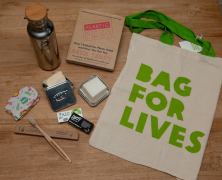 A few essentials to get you going.

Loose veg at a market, refuse the plastic bags and use your own. 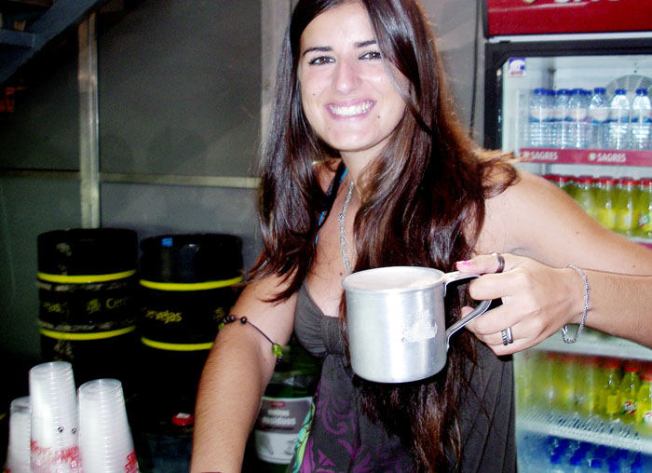 Also, lets not forget, once you start refusing plastics other people see and who knows where that leads…

I´ve said it before, it´s cheesy but it´s true;  When we PALL ourselves, we help to PALL our world and our oceans, so don´t get disheartened. Let me know what you´re doing, I´d love to hear from you!

Every refusal adds up.  Happy PALL-ing!